One of the great things about living Out Loud is that you can find Out Loud in all sorts of places.

We were on our way to a social occasion on Sunday and I was all dressed up – Micky was driving, I’d successfully tracked our route on Waze and the sun was out briefly before the next downpour. All of which meant there was only one thing left for me to do … put on my sunglasses, sit back and enjoy the ride. Deciding what sunnies to wear from my small collection is always an interesting decision but today like most days recently I’d chosen my current favourite – you’ve probably seen me wearing them, they’re the ones with the leopard reclining on the top.

As we drove along Balls Pond Road contemplating the Victorian terraces, shops and burgeoning hipster bars I had an Out Loud moment. I realised that when I first wore my leopard sunglasses, to my surprise no one actually seemed to notice them. Yet when I first came across them in the Victoria and Albert Museum shop, I fell in love with them instantly. It was their bigness, their quirkiness, their difference – in fact their utter Out Loudness which captivated me but when I got them home and tried them on again, I have to be honest, I wasn’t too sure.

A Partial Out Loud Moment

Did the shape suit my face? Were they too big? Was the leopard – horror of horrors – actually a bit tasteless? All of which combined to make me doubt them and, more fundamentally, doubt myself. I’ve written quite a lot about doing Out Loud things ‘a bit’; which is basically an oxymoron. You can’t be half-hearted and Out Loud at the same time. So, for example if you wanted to protest about something, you’d want to be loud and clear about your protest rather than speak up in a little, squeaky, not very commanding voice. Or if you decided to complain to your waiter that your rose- flavoured dessert was a bit too rosy, you’d probably have to agree that yes, you did notice that it was described as rose-flavoured on the menu but that you’d only just realised that rose flavoured desserts or, let’s be clear, all flower flavoured desserts taste well …flowery. And that’s just not very nice.

Similarly, if you decide to wear a big pair of white sunglasses with a leopard on the top, you better wear them like you mean them. Which is not what I did at all when I first wore them –  after the self-doubting interlude in front of the mirror, I’m afraid I put them on tentatively, I walked around with them tentatively and as each person glanced at me, then looked away and I realised that maybe they hadn’t noticed the glasses or worse … thought I looked ridiculous in them, my belief in my beautiful leopard glasses faded and it wasn’t long at all before they’d been consigned to the back of the drawer with other discarded sunglasses which were much less beautiful than them. Poor leopard sunglasses – how sad and rejected you must have felt.

The Big Purple Ones

But then something miraculous occurred – unfortunately my other favourite sunglasses, the big purple ones which maybe some of you will remember fondly, broke in to two separate pieces. This was of course very annoying and not at all practical but it’s interesting to note that while I did have some initial doubts about those glasses as well, they were soon receiving positive feedback all over the place which had made me very certain about them indeed. And that meant I wore those huge purple glasses with a huge amount of confidence to the point where they occupied a starring role in many of my ensembles.

But when they broke, I needed to find another pair soonest – a pair which could stand the test of bigness, in your faceness, in all round Out Loudness. A pair which could more than stand up to the reputation of the big, purple sunglasses. There could be only one contender for that exalted position – one for which The Leopard was more than qualified.

The Leopard Makes A Triumphant comeback

This time there could be no prevarication or doubt in my heart – I wore those sunglasses, now re-named The Leopard, for all I was worth. With head held high and with a certain amount of relief and gratitude that a substitute for the role of bestest sunglasses had been found, I marched around London town (and quite a few holiday destination towns as well including Valencia which was a revelation, really lovely to visit), wearing The Leopard with pride.

And of course, you can guess what happened. I – or rather The Leopard was instantly noticed here there and everywhere. Quite often people would see them before I did (if that makes sense) and compliment me on them or even helpfully point out that I had a leopard on my face. And the more this happened the more I believed in the Leopard, in sunglasses generally as a viable style accessory, the more in fact I believed in myself for having the courage and good taste to choose and wear them.

Which is a very roundabout way for me to reiterate yet again – Live Out Loud. If you doubt your Out Loud choices, if you make an Out Loud purchase and then only wear it in a half-hearted kind of way, if you are an Out Loud person (which incidentally is absolutely everyone) but in fact feel uncertain about your worth, then I’m afraid the result will be that not only will you not be perceived as Out Loud, but you won’t feel Out Loud either. And then you won’t be perceived as Out Loud; this, by the way is known as the Out Loud continuum although I have no statistics or case studies to back this theory up – thank goodness, as that kind of thing bores me and I suspect bores you too.

So as a way of taking another dose of my own medicine, I would like to highly recommend to you my excellent book Live Out Loud – a masterclass in being yourself which will be published next Monday 24 June and can be purchased on Amazon for the very reasonable price of £12.99. It’s a fantastic read and in it you’ll find other fascinating anecdotes from my life some of which will make you laugh, some quite possibly make you cry. But most of all what I hope is that you’ll not only find yourself in my stories and, from my handy Out Loud self-reflection notes, learn some great strategies for you to develop your distinctive Out Loud sense of self, but that also you’ll begin to understand the value and beauty of wearing your own leopards with pride and confidence. 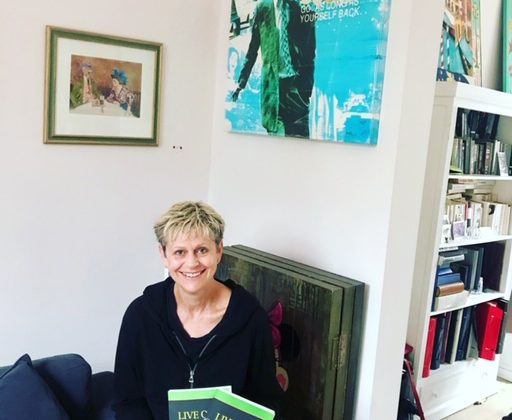 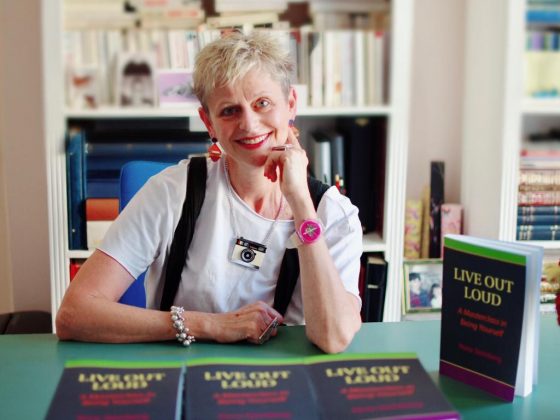 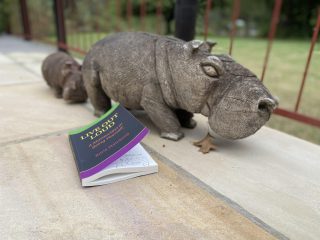 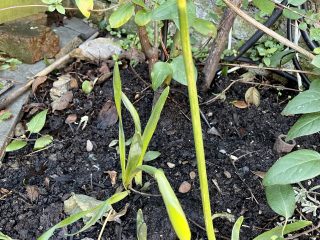 @outloudcoaching
319 Following
273 Followers
New post: Are there times when being OUT LOUD IS NOT THE RIGHT RESPONSE? https://t.co/9r3JxNAmKi
307 days ago
Proud to be featured in this week’s post https://t.co/CdRQm1ze60
354 days ago
My latest article; How Coaching Can Help You Overcome Negative Self-Talk and Be a Better Leader https://t.co/dlBm3koyTZ
over a year ago
I'm discussing “Soulful Storytelling” with @IDigStories. Sunday, 21 Mar at 4:00 pm GMT on @joinclubhouse. Join us! https://t.co/38yR6SAdvY
over a year ago
Follow