Have you noticed that just when you think you’ve learned some stuff and you can relax for one single micro-second, life has a way of reminding you that there’s always more to learn? Or maybe not more to learn, just that the same things need re-enforcing over and over till eventually the penny drops.

So finally, after a weensy bit of hooing and haaing about cover sizes (too boring to go in to the details here but a bit panic inducing as I needed to order copies for my launch but in the end everything was fine and they arrived etc etc), my book was published two weeks ago. Actually in the end it was all good as many of you said it would be … remember all those blogs and posts about my fears and doubts around writing the book, then publishing the book, then having the book read by people I know, then people I don’t know – all of the things that were keeping me away from enjoying the present moment basically. If you feel like reminding yourself of any of that you can read about it here and here.

Well, now I’m on the other side of the mountain and the view was beginning to look all lovely and peaceful. I didn’t see any more big mountains to climb, the world didn’t implode, some people bought the book, I had a lovely book launch, some people read the book, so far no one has said anything negative, even quite a few people have said they like it.

Like I say, everything was good, so good in fact that I was beginning to wonder why I made quite such a fuss. But that would be non-acceptance of me and stepping on me is something that we Out Louders know not to do. We take our fears and we reflect on them, we air them and learn from them but we don’t trample on them or disrespect them and pretend they weren’t real or didn’t happen. Because they very much did and the fact is that while you’re busy thinking you’re all over that now or you get to believing maybe they didn’t happen at all, they might just come back and remind you that they are still a part of you albeit an increasingly less powerful part.

Which was exactly what happened to me today and even over some of my quite relaxing weekend. Excitingly, word had got out that I was publishing a book whereupon I was contacted by a lovely lady from a big City law firm who invited me to come talk to her about talking about the book to her women’s network. Now at first as is my usual process I was delighted, I said yes immediately because that’s exactly the kind of thing I want to do – and that uncomplicated ‘yes’ feeling, that’s sort of me or a version of me in my purest sense.

But then it happened.

Fearful Me started chattering away. She was saying all sorts of things like – actually, this is quite an important meeting so you’d better do a bit of (note the language) preparation work … after all, she reasoned, (danger zone alert: so-called rational reasoning is what I think I have to do when I’m under pressure),  this is a big, City law firm  and the women you’re meeting well, they’re successful lawyers with busy lives and packed diaries and they’re not going to want to waste time listening to all that fluffy stuff that you now consider so important. What’s more if they do let you talk about it they’re going to expect you to know what you’re talking about. They are going to be expecting an expert. Because you may have been a lawyer once but nowadays you’re only a life coach and maybe what you have to offer isn’t what they will be expecting or want. So what you need to do is prepare properly, you should memorise your book just to make sure you won’t get tripped up by an unexpected question. Which would undoubtedly get you all flustered and hot and bothered and red in your face and then they’ll know for sure that you’re a mess and therefore not worthy. Because after all in those cool and collected environments a hot, sticky mess is the very last thing that anyone wants.

Thank Goodness For My Book

It really is such a good thing that I’ve written my book because as I think I said before somewhere along the line, I wrote and published the book not only for you but also for me. Because I totally have to get over myself. I need to stop seeing myself as not good enough or worthy enough or not entitled to attend meetings I myself have been invited to attend by someone else who’s gone out of their way to invite me. Fortunately having spent quite a lot of time examining these kind of self- sabotaging, thinking patterns, it wasn’t long before the thought arose that maybe as I was beginning to feel so bad about myself, I could try taking some of my own advice and be Out Loud. Being Out Loud in this situation most certainly did not mean trying to look and sound like a lawyer or for that matter like a high-powered executive coach (they exist you know), or even like a life coach. Being Out Loud in this instance, in any instance in fact, doesn’t mean ‘looking like’ anything. It just means BEING YOURSELF. Fully. Without apology.

And the minute I realised that BEING MYSELF was an option, I relaxed and the world looked soft and inviting again. I even started to look forward to that meeting which I can honestly say is a rare feeling for me. The meeting went fine but more importantly I really enjoyed it. Instead of worrying about me, I relished connecting with the wonderful women I met and it was a pleasure to think about how I could be of help to them.

If I do go on to talking about my book to their networking group, I will probably share this story because I believe that many, many people especially lawyers and other professionals who are often attached to having other people think they’re infallible, feel exactly the way I do when confronted with something they tell themselves they are not good enough for. And in my experience it often makes you feel a lot better when someone else says they feel the same way you do (which is another great reason for being Out Loud about what’s going on for you especially when you’re struggling).

To sum up, my advice just two weeks after the publication of Live Out Loud – A Masterclass In Being Yourself (available on Amazon here) continues to be –

Be yourself under all circumstances. It’s so much easier that way. And so much more enjoyable. 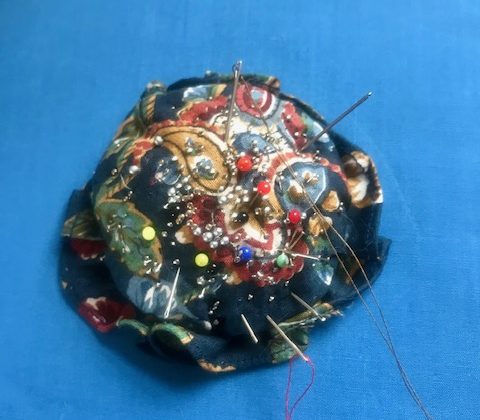 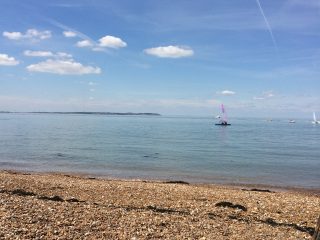 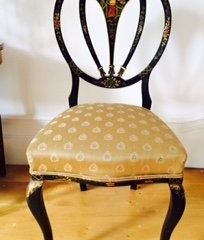 “I had a series of 5 coaching sessions with Rona which had a profound impact on my productivity and management skills.
Through engaging and skilful exercises, Rona managed to nudge me to think of ways to improve my efficiency, focus on the goals that matter, seek help and deal with colleagues.

It gave me a lot to think about but the result has been very pleasant, and I would recommend her to anyone looking to grow in their career or achieve a specific set of goals.”

@outloudcoaching
315 Following
289 Followers
Your daily walk getting you down? Read on for advice on how to make it more bearable https://t.co/VRa2kpAK6Z
yesterday
Follow